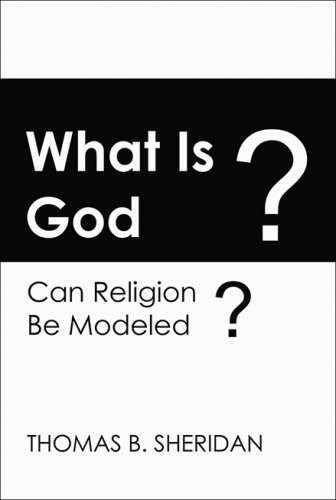 WHAT IS GOD? Can Religion be Modeled?

This is a study of the concept of God, not from the perspective of any religious tradition, but rather as belief in a supernatural entity as has prevailed through the ages. The book’s unique perspective is to ask what can be modeled in denotative language (much as modeling in science, medicine and modern professions) in contrast to connotative language (e.g., myth, metaphor, art and music). It adopts the assumption of model-based reality, as currently prevalent in physics and some branches of philosophy. That criterion means an entity can be called real for public discourse purposes only to the extent that a credible model can be made of what the entity is or how it works (as contrasted to the private reality of thoughts, perceptions or dreams.)

Chapter I the book explains what modeling means and what are the credibility requirements, including the author’s original taxonomy of criteria. Chapter 2 deals with very different aspects of believing such as trust, faith, virtual reality and estimation theory. Chapter 3 summarizes a wide range of arguments for and against the existence of God by eminent thinkers throughout history and up to the present. Chapter 4 discusses the current status of belief in God and what can and cannot be modeled about the God concept and the human practice of religion. It proposes a redefinition of what God should mean, taking a secular humanism stance. After the conclusion is an Appendix which provides examples of denotative modeling in terms of different modeling languages, also including a number of well accepted models concerning human cognition.

“It is rare to see the ultimate question of God as prime mover examined as a problem open to rigorous scientific inquiry. Thomas Sheridan has now done it with admirable clarity.”

“Sheridan’s argument supporting atheism is different and unique. It is a scholarly, scientific argument, rather than an emotional one. It should be included in every library collection focused on human belief systems.”

“The book is well written, well-organized, comprehensive, informative, and unique. I am not aware of similar books in the literature.”

—Victor Stenger, Author of God, the Failed Hypothesis, Professor Emeritus of Physics, University of Hawaii and Visiting Fellow in Philosophy, University of Colorado.

“A novel addition to what one might call ‘quantitative theology’, raising some interesting ideas about the relation of science to religion. It also provides a concise summary of the history of religion and ideas, and an excellent summary both of scientific method and scientific modeling. The latter alone makes the book worth buying.”

“Prof. Sheridan’s work provides a new and interesting perspective from which to view this topic. The section on Modeling (what it is and how it works) is an achievement of clarity. He also approaches this highly flammable topic without a polemical edge.”