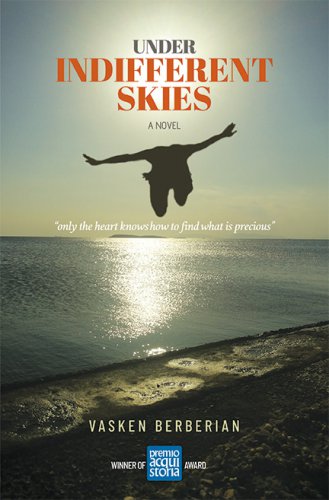 Under Indifferent Skies is an enticing novel, recounting the story of the Armenian genocide and beyond, from the shores of the Mediterranean to the frozen Siberian coast, from the plush palazzi of Venice to the cruel Soviet concentration camps, following the lives of two twin two brothers, Mikaèl and Gabrièl, and their younger sister, Rose.  The story  moves in space and time against the background of many of the significant historical events of the last century which shook the very foundations of humanity. It is compelling, full of suspense and unexpected narrative twists.  It kindles universal emotions and tackles collective aspects of human existence. Primordial instincts like survival, the experience of motherhood, the bond of blood ties, the need to belong, the quest for a purpose in life are some of the issues portrayed here. Above all, it is a story of resilience and hope.  A story of faith into a supreme force that governs the Cosmos, which inexorably renders justice in the end.

“Vasken Berberian is undoubtedly one of the most powerful and authentic literary voices of present-day Italy. He shows he is an interpreter of the deeper meaning of History. Through his literary filter he manages to reweave the painful fate of a family in a style which revives the canons of ancient Greek tragedy. For this reason, our jury has decided to award him the prize for the Best Historical Novel of 2014, in acknowledgement of the ethical/epic value of his book and his ability to portray articulate, complex and evocative scenarios”.—Jury’s official press release, Acqui Storia Prize.