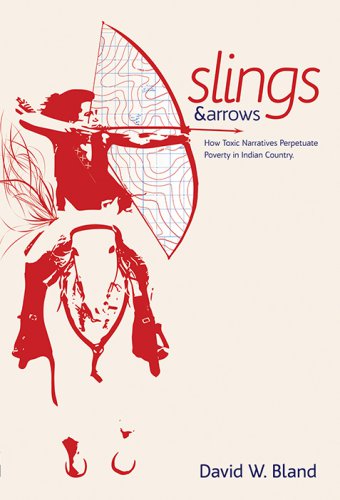 David W. Bland is the founder of Travois, Inc. and remains the chairman of its board of directors. He has spent over 40 years working in the field of affordable housing and of economic and community development. Prior to forming Travois, he was the manager of community affairs for the Minneapolis Federal Reserve Bank. He has received numerous national awards for his work in African American and Native American communities. He lives with his wife, Marianne Roos, in Washington, DC.

David W. Bland is the founder of Travois, Inc. and remains the chairman of its board of directors. He has spent over 40 years working in the field of affordable housing and of economic and community development. Prior to forming Travois, he was the manager of community affairs for the Minneapolis Federal Reserve Bank. He has received numerous national awards for his work in African American and Native American communities. He lives with his wife, Marianne Roos, in Washington, DC.

Stories define us. They tell us who we are, or at least who we think we are. The American story of westward expansion draws upon heroic tales of courage and perseverance and the “pioneer spirit.” But settlers and their descendants also spread false narratives about Indians in order to justify ruinous private and public acts. The stories we heard, the tales we still hear, even now give people cover to behave abominably. And this abominable behavior has economic effect. It means that bankers are less likely to make loans to Black and Native American men and women, and it means that fewer businesses are started, less wealth is accumulated, and poverty is more intransigent.

But narrative is not destiny.  Slings & Arrows is a story about how a small company persevered and struck a blow against the poisonous narratives keeping Indian families in poverty while winning a billion and a half dollars for housing and economic development on reservation lands. Author David Bland witnessed the power of negative stories forty years ago while working to provide affordable housing and economic development in African American communities in Virginia. He heard tall tales about Indian Country as the Community Affairs Manager at the Minneapolis Federal Reserve Bank, observing how bankers and investors wielded power over Indian people on reservations across the country. In Slings & Arrows, he writes: “When you look at the impact that stories about Native Americans have on bankers and investors in Indian Country you begin to see that capital is less available to Indians not just because of Indian trust land, but the lack of trust in Indians.”

From “welfare cheat” or “food stamp fraud” to absurd stories about an Indian cutting a hole in his house so his horse could drink from the bathtub, the labels and stories applied to poor communities gain currency in the majority world through their meanness, absurdity, and repetition. It is easy for people to traffic in these toxic stories, but the white majority does not reckon with the impact on minority communities.

Slings & Arrows tries to break the cycle and describes the author’s 40-years of experience learning how communities beset by generations of trauma and dispossession fight back using their history and culture to create a better path. A new narrative must be told and Slings & Arrows is just one small step in re-writing the stories we tell.

“The book tells an enlightening story about how one man overcame numerous obstacles and institutional racism to build housing for some of the most neglected groups in America. The sequential stories show how determination and a growing knowledge base was used to create an entire functional system to build and finance low income housing in Indian Country. Truly inspiring!” — Lance Morgan, CEO, Ho-Chunk, Inc.

“David Bland’s book is a story about stories. It’s a wonderfully written tale that will make you look at Indian Country with new eyes—and have you questioning many of the narratives you previously accepted as truth.”—Jonathan Clements, founder of HumbleDollar.com and former personal finance columnist for The Wall Street Journal

“This intelligent, informative book bears witness to the viral power of narrative to shape our common life. A strong, persistent voice for justice, Bland calls us beyond bleeding hearts and good intentions. His narrative urges us to listen to the stories of those whose interests we wish to serve, not assume we know what they need. Slings and Arrows shows the extent to which this mistake is still being made, often with tragic consequences, by even well-meaning non-Indians in relation to our Native American neighbors.” —The Rev Carter Heyward Ph.D., Professor Emerita of Theology, Episcopal Divinity School, Cambridge MA