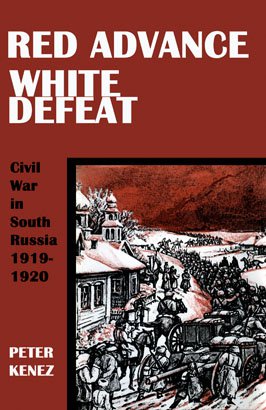 Every book on the Russian Civil War is essentially a study of the causes of the victor’s victory and the loser’s defeat. Even the historian who aims at nothing more than telling the story of the struggle at least implicitly provides us with an explanation of the outcome.

Second edition with an updated bibliography

“The republication of Professor Kenez’s classic volumes is to be warmly welcomed. Based on copious archival research and a close reading of published memoirs and mixing careful narrative with judicious analysis, they still provide the definitive history of the anti-Bolshevik movement in South Russia. Their original publication provided an inspiration for a generation of scholars of the Russian Civil War; the new edition will certainly inspire another. The armchair historian too, as well as all those interested in the fate of contemporary Russia, will find much to admire and much to ponder upon in this well told tale of one of the most bloody and tragic episodes in recent European history.”

“The profession will be delighted to learn that this classic study of the Russian Civil War (1917-21) on its most crucial battleground is again available. Kenez’s work was the first in any language to cut through the rhetoric of partisan memory and historiography in order to present a complicated and balanced view of both sides. While demythologizing Soviet historical explanations, Kenez is especially keen in displaying the enormous variety of the “White,” or anti-Communist, movement and analyzing the causes of its defeat.”