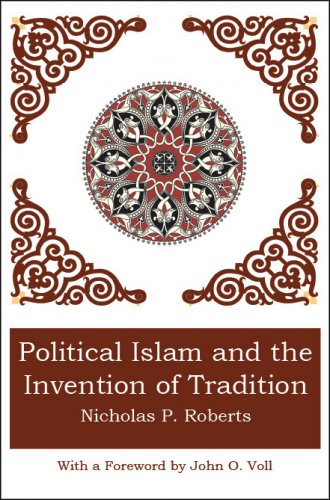 Mr. Roberts earned his Master of Arts in Global, International and Comparative History from Georgetown University in 2014.

POLITICAL ISLAM AND THE INVENTION OF TRADITION

Mr. Roberts earned his Master of Arts in Global, International and Comparative History from Georgetown University in 2014.

The aim of this work is to refute the oft-cited cliché that “Islamists” are hostile to representative and accountable government and seek a return to some distant, barbaric past. To the contrary, many Islamists have made innovative contributions to religiously informed political thought in the Islamic context. In actual fact, no “Islamic state” has ever existed in the history of Islam, and the Islamist conviction that religion and life (state) are inseparable is a highly contested issue. The aim of this work, then, is to illustrate political Islam as an invented tradition. This work provides an important contribution to a growing body of literature that seeks to foster a better understanding of the multifaceted phenomenon of political Islam, especially in the context of the post-Arab Spring Middle East.

“This study provides both an important and necessary historical contextualization and a clear analysis of the political alternatives in the Middle East and Muslim world in the 21st century. The second decade of the 21st century is emerging as a time of significant change in political and societal institutions in the region. People are speculating about the end of the political order that was created at the end of World War I, and Roberts’s analysis provides readers with a good guide to understanding important dimensions of these transformations.”

“Roberts’s work is a refreshing contribution to the discourse on Islam and politics. At a time when some societies are plagued by Islamophobia (all over the world – including Muslim societies), the book reveals and uncovers through academic analysis a rich history. This contribution is one of very few that have a solid grounding in both traditions: Western liberal democracy, and Islamic political thought. The author does a remarkable job of simplifying in Islamic traditions concepts that were tackled by other authors in the field, but never so lucidly.”

“The importance and value of history tends to elude most Americans. With prescience and clarity, Political Islam and the Invention of Tradition reminds policy makers, analysts, and students of why the study of history is so important for understanding current events, especially in a complicated region such as the Middle East. This book is unique among academic monographs in that, although scholarly in scope, tone, and source material, it has practical, applicable value for those working on issues of foreign policy and public affairs in the Middle East.“

“Mr. Roberts’s book provides policy makers with a useful guide for understanding the historical development of Political Islam. Most importantly, it encourages dynamic thinking about this phenomenon and the role it could play in U.S. foreign policy in the future. A must read for policy makers, military, and foreign service officers.”