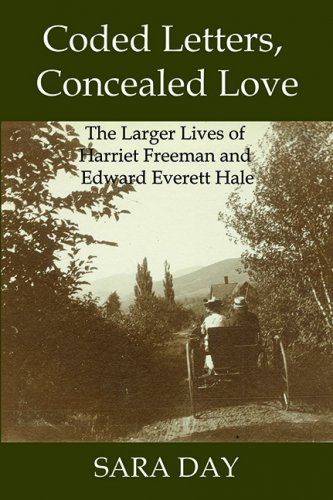 Sara Day was a researcher and curator with the Library of Congress, where she authored and/or edited numerous books, including: Many Nations (1996), and American Women (2001). As a freelance writer-researcher and independent scholar, she was chief researcher, managing editor, and collaborator for historian Robert Remini for The House: The History of the House of Representatives (2006); and she researched and wrote Women for Change (2007). Earlier in her career, she was appointed sole researcher in 1973 for Philadelphia’s massive bicentennial exhibition, A Rising People.

Sara Day was a researcher and curator with the Library of Congress, where she authored and/or edited numerous books, including: Many Nations (1996), and American Women (2001). As a freelance writer-researcher and independent scholar, she was chief researcher, managing editor, and collaborator for historian Robert Remini for The House: The History of the House of Representatives (2006); and she researched and wrote Women for Change (2007). Earlier in her career, she was appointed sole researcher in 1973 for Philadelphia’s massive bicentennial exhibition, A Rising People.

Charismatic leaders have a way of flying too close to the fire. This is the chronicle of the secret romance between Hale and Freeman revealed for the first time through 3,000 of their love letters (1884–1909), written partly in code.

The Reverend Edward Everett Hale (1822–1909) was one of the most revered moral and thought leaders of the Gilded Age and Progressive Era, and yet, during twenty of his last twenty-five years, he lived a double life. Ironically, the theme of double lives, or alter egos, was one of his favorite literary devices. Frederick Ingham was the harassed minister of Hale’s first popular story “My Double and How He Undid Me” and reappeared in his most famous story, “The Man without a Country,” and several others. At one point, Hale even used the name Frederick Ingham as an apt concealer of his own double life.

From the first celebratory biography of Hale by his namesake son, however, through two later biographies, Hale’s long marriage to the former Emily Baldwin Perkins (a member of the famed Beecher family) was described as successful, even cloudless. Edward Everett Hale Jr., who was aware of the reality, described his father’s much younger, unmarried longtime soul mate and lover, Harriet E. Freeman (1847–1930), as his literary amanuensis, assistant in his charitable works, and old friend. Jean Holloway, the second and most insightful of Hale’s biographers, lacking evidence to the contrary, reiterated Freeman’s supportive role, while his last, literary biographer John Adams, mentioned her not at all, despite the fact that love letters between Hale and Freeman had been made available three years before his book’s 1977 publication. And so Hale’s impeccable reputation endured, with no hint of the human weaknesses that seemed to accompany the qualities of religious faith, creative intellect, tolerance, empathy, charm, humor, and energy that were so admired by his contemporaries.

In 1969, the Library of Congress acquired from a Freeman family descendant 3,000 of the Hale-Freeman love letters (1884–1909), written partly in code. Because interest in Hale had waned and potential researchers were probably daunted by the code, these letters remained unexamined for thirty-five years. Their significance became apparent only when Sara Day began studying the letters in 2006 and succeeded in breaking the code they used to express their love for each other.

“Day’s informed research reminds me of Laurel Thatcher Ulrich’s Midwife’s Tale, uncovering a previously unknown woman’s role, with the added twist of deciphering the antiquated shorthand which is so central to uncovering the full love story. I’m also reminded of the popularity of recent books about wives and consorts of famous men such as The Paris Wife or the spate of novels about Zelda Fitzgerald.”

― Dean Grodzin, author of a comprehensive biography of Theodore Parker and former editor of the Journal of Unitarian Universalist History.

“Sara Day has broken new ground. We see Edward Hale in all his fullness, his multitude of activities almost day by day, the great influence he exerted over both the religious and science thought of his time, but in the intimate context of a sexual affair. And we see Hattie as a woman of the highest intelligence, who though caught up in an illicit relationship, nevertheless emerges as a leader in her own right. It is a compelling story told with consummate skill and wonderful sensitivity.”

“Coded Letters, Concealed Love, by Sara Day, is a magnificently historical eye-opener for a person whose life began in the immediate time period following the one covered by the secret love relationship of these two “proper Bostonians,” Edward Everett Hale and Harriet Freeman.  Sara Day’s fascinating book illuminates not just that illicit relationship, but all the patterns and discoveries of the upper class society that our era is still drawing its treasures from in so many fields – at least, in New England!

I grew up sort of on the edge of it, in both West Newton and Lincoln, Massachusetts, and took it all for granted as presented to a child’s view of life.  The kernel of a true understanding of the underbelly of upper class culture of the times is clearly manifested for me in the secret contents of the bundle of private letters that passed between the two “illicit” lovers from which the author has drawn her narrative!

That era, the second half of the 19th century, more or less, had never been very interesting to me – but the story of  this illicit love “opened it up,” from the inside, as it were.  Actually, the adumbrations of that time period have always played the role of a backdrop to what I was “supposed” to believe about adults, its values a clandestine part of my family – but to get this view of the interpersonal and institutional intricacies of  the period was brand new!

My mother was part of this conventional dichotomy, so I couldn’t get an overall view of the inner Geist of her upbringing very clearly – although the glimpses she sometimes gave me of my father’s more distant relatives were fascinatingly juicy, in the same sense of the term as portrayed in this history!  I feel as though I now understand more clearly how my childhood’s adults got to be as I viewed them, rather than as they portrayed themselves.”