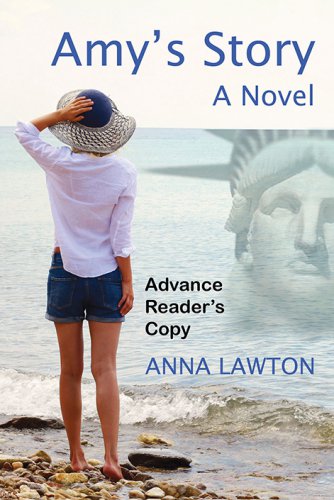 Anna Lawton, born in Italy, was a professor of Russian literature at Purdue University, and later taught courses in visual culture and film studies at Georgetown University. She is the author of three scholarly books, and numerous articles and essays in academic collections. Her book, Imaging Russia 2000: Film and Facts, received the CHOICE Award as Outstanding Academic Title 2005. Her first novel, Family Album, was published in Italy, and will soon be available in English translation with the title, Castle of Shadows.

Anna Lawton, born in Italy, was a professor of Russian literature at Purdue University, and later taught courses in visual culture and film studies at Georgetown University. She is the author of three scholarly books, and numerous articles and essays in academic collections. Her book, Imaging Russia 2000: Film and Facts, received the CHOICE Award as Outstanding Academic Title 2005. Her first novel, Family Album, was published in Italy, and will soon be available in English translation with the title, Castle of Shadows.

After Elena Ferrante, another powerful Italian voice emerges to tell a gripping story of two women across two continents. A life journey from Italy to the USA. Friendship, love, struggle, and social turmoil, against the background of American history from the 1960s to present.

Amy moves from Italy to New York City to live near her American father. Her journey from immigrant to successful publisher is intertwined with the story of Stella, whose unfinished memoir she intends to publish. Their path runs parallel to the Vietnam War, student protests and the Kent State shooting, hippie culture, the birth of radicalism and feminism, presidential elections and assassinations, the Watergate scandal, up to the 9/11 attack and beyond, providing a commentary on the historical highlights that influenced the development of American society over the past 40 years and brought about the current outcome.

Additional captivating characters complete the picture and sustain the action: Jim, a heartthrob who conceals his sensitive nature under a bravado façade.  Steve, Stella’s husband, conformist and uninspiring; Nik, a passionate and extravagant Russian intellectual; Rosa, once a maid at Amy’s grandmother’s country estate and now married to the owner of a New York pizzeria; and others.

Stella’s memoir never gets published, because Amy transforms it into a very successful novel. This twist will have the reader re-imagine the entire story and see it from a surprising new perspective.

“An intriguing tale with a clever narrative twist.”

“Amy’s Story is simply spellbinding. This is a story at once about identity, love and social upheaval; a woman’s journey from old world to new; from Italy to America. Mysterious, brave and captivating.”

“Lawton’s characters connect to words with dynamic interactions and intellectual alacrity. This author’s voice manages both the interior lives of her characters and the connective tissue of their worlds. Anna Lawton’s mastery of story orchestrates the best out of ‘situation and plot,’ with a full range of  motion using the entire emotional alphabet.”

—Grace Cavalieri, Producer/host, “The Poet and the Poem from the Library of Congress”

“From the collapsing towers of 9/11 to the lyrical groves of northern Italy, the author ingeniously morphs Amy’s Story into a journey across America and back and forth across time. Along the way we meet a cohort of colorful characters, witness several romances, and there are wars and politics, too—all woven into a mesmerizing narrative that unspools like a good film. Anna Lawton is not only a scholar of the first rank, but a deft and artful novelist with a flair for the unexpected in her work.”

—Louis Menashe, author of Moscow Believes in Tears: Russians and Their Movies

“Anna Lawton’s ear for dialogue is spot on, and she introduces friends, colleagues, events, and geographic changes with assurance. The book is a wonderful summation of North America’s trials and tribulations over the past four decades.”

“Amy’s Story by Anna Lawton sets a tempestuous romance against the turbulent half-century of global change that erupted in the 1960s and flowed across the land like a modern Great Flood. The novel plants the seeds of these decades in the post-World War One migration from Europe to the United States and reveals the newest fruits—poison to some, nectar to others—in the closing pages. The private romance and the public turmoil work together to create a story as much about love as it is about progress, about aspiration and success as about longing and loss.”

“This story spans the 1930s to the present. Through Stella’s life and loves you get glimpses into different eras by way of significant American political historical happenings. The start is an Italian immigrant experience which I found to be the most interesting.”

“A beautifully written novel about life in the U.S. experienced by an immigrant.”

“It’s a good novel to pack if you’re going on an early vacation or just sitting at home, enjoying the evening air.”

“It’s a love story!  There’s sex, there’s fun, there’s adventure, there’s grammar.  It would be a very appealing book for the general public.”

—Library of Congress, “The Poet and the Poem”

“Woven together quite expertly.”

“The author brings to life a rainbow of characters and adventures that the reader won’t soon forget.”