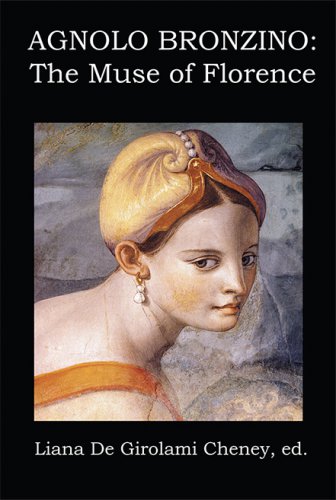 AGNOLO BRONZINO: The Muse of Florence

This volume investigates the many important artistic and art historical issues associated with the paintings and writings of the Florentine Agnolo Bronzino (1503-1572). These include his artistic and poetical achievements, with an emphasis on his emblematic drawings and mythological painting. Specifically, his role in the development of new formal portraiture in Mannerist paintings as well as his influence in the foundation of the Florentine Academy. Bronzino was one of the most important cultural figures in Italy during the middle of the sixteenth century, having achieved prominence as an art critic, poet, decorator and painter. Bronzino’s accomplishment in all these capacities have long been the subject of study. It is only recently, however, that scholars have began to recognize the merits and influences of his paintings. Indeed, the focus of the scholarship of the last twenty-five years makes it clear that Bronzino was one of the most prominent court painters and decorators working in Florence and the Marches in the mid-sixteenth century.

In view of the celebrated position of Bronzino as a leading artist of his day, it is time to focus with some care on the most significant artistic, intellectual, cultural, and political forces which affected the origins and development of his mature iconography programs, decorative style, and history of art. This book initially concentrates on how Bronzino’s humanist milieu influenced the formal qualities and iconography of his early works, as well as his written commentaries on the arts. Then on Bronzino’s the artist and his intellectual strategies in portraiture and decorative paintings, particularly attractive to his demanding patrons and proved to be critical for his sustained influence as an artist and promoter of the arts academy. Finally, it elaborates on the dynamic interdependence of image and text in Bronzino’s works as they were directly related to the fruitful maturity of his mythological paintings.