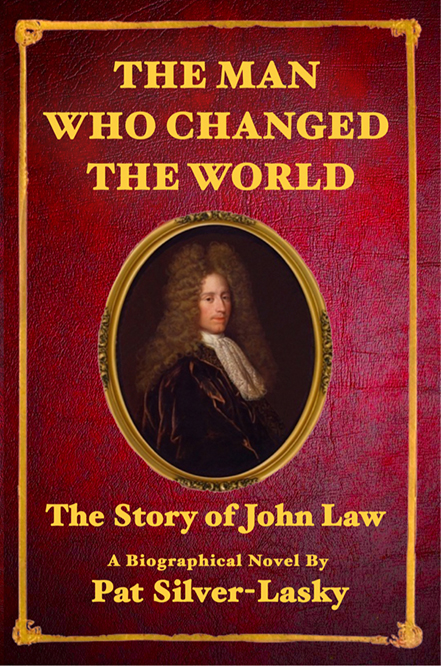 JOHN LAW: The Man Who Changed the World

JOHN LAW: The Man Who Changed the World

This is the story of John Law, a pied piper who led rich and poor alike across the barriers of reason and plunged them into disaster. Was he a genius, wizard or charlatan? Was France victimized by a gigantic fraud perpetrated by a scheming Scotsman?

Sex, Money, and Power are the most powerful forces that drive mankind, and John Law was hell bent on having them all. This handsome Scottish adventurer stepped onto the stage of Europe at the dawn of the 18th century to alter forever the shape of international commerce. Born in Edinburgh in 1671, capable of hypnotizing women, monarchs, and whole populations, he escaped the hangman’s noose in England to travel the capitals of Europe, received by kings and sovereigns.

Daredevil and genius, rake and economist, mathematical wizard, gambler par excellence, womanizer––and most of all: original thinker, the paper money in your pocket, stock market reports, banking credit, stocks, shares and investment systems are all the legacy of this charismatic adventurer.

John Law was a real person. His exciting story is proof that truth is stranger than fiction.

“Luscious is the word for this swashbuckling historical novel. John Law is a perfect combination of a fast-moving action Adventure upheld with solid historical facts. I’m an 18th century enthusiast, an author, yet this information about economist John Law is astonishingly new. The book’s author is a consummately skilled writer with character-driven situations that become plots. She’s chosen a little-known figure who developed the first bank in France, going on to initiate paper money in exchange for gold nuggets; and further, to sell shares in the “Mississippi project” in the new world. That is the core of this novel but that’s hardly its flair.”

“John Law has all the elements to do the job very effectively indeed. A dashing hero, dark villains, physical and political conflict, dangerous duels and harrowing escapes, exotic locales, beautiful and dangerous women, sex, corruption, betrayal, heroism and tragedy. And thanks to Silver-Lasky’s balance of research with her vast experience as a screenwriter for many entertaining films and TV programs (including the award-winning “Philip Marlowe” series), the reader turns pages as eagerly as if they are reading a book by John Grisham or Tom Clancy.”